Giant Step  Forward For Back Pain

back pain due to Pinch Nerve ?

back pain
A nerve that leaves the spine to goes to the arms or legs is called a peripheral nerve. Peripheral nerves are package of millions of nerve fibers that leave the spinal cord and branch toward to other parts of the body such as muscles and skin. For example, these nerves cause muscles move and make skin sensation (feeling).Your nervous system is the center of your the formation of mental objects , memory, acquire information and consciousness. A pinched nerve is any type of pressure initiate to a nerve by the surrounding tissue that causes Back pains and interruption the nerve's functioning. A nerve can be pinched as it leaves the spine by a herniated DISC or bone. A pinched nerve is a common cause of advance back pain. Chiropractic can take care misalignments by manipulation and take care bulged disks by TRACTION.
In our randomized, controlled trial, we compared the effectiveness of manual therapy, physical therapy, and continued care by a general practitioner in patients with nonspecific back pain. The success rate at seven weeks was twice as high for the manual therapy group (68.3 percent) as for the continued care group (general practitioner). Manual therapy scored better than physical therapy on all outcome measures. Patients receiving manual therapy had fewer absences from work than patients receiving physical therapy or continued care, and manual therapy and physical therapy each resulted in statistically significant less analgesic use than continued care.”

back pain due to Joints Inflammation? 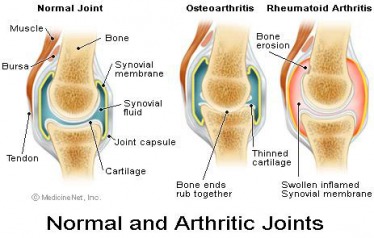 IF your joints are hot, red, swollen and painful, and most likely is caused by inflammation. Most common cause of joint  inflammation  .(watch the video) inflammation is one of the  reaction of the organism to the pathogen inflammation is a mechanism of innate immunity, as compared to adaptive immunity .It starts with dietary bad
habits which lead to Leaky Gut Syndrome (LGS).....Leaky gut syndrome is a proposed condition of an altered or damaged bowel lining .The widening of the junctions between the cells of the intestinal lining and villi cause LGS Then leaky gut then allows substances such as toxins, undigested food to leak into blood allowing endotoxins and incompletely digested particles to be partially absorbed  These out-of-place substances affect the body to initiate an  immune reaction It also causes intestinal Dysbiosis .Dysbiosis refers to A condition of  a microbial imbalance in the body,. Dysbiosis is most prominent in the digestive tract   It has long been known that the balance of intestinal microorganisms is important for the development of intestinal issue .Dysbiosis and LGS together enter a vicious cycle that causes inflammation and arthritis .Inflammation creates arthritis of the joints and other parts of the body A full body detox and Joint DETOX can help care this type of back pain with Chiropractic. care.

Northridge  Chiropractic care appeared relatively cost-effective for the treatment of chronic back pain. Chiropractic and medical care performed comparably for acute patients. Practice-based clinical outcomes were consistent with systematic reviews of spinal manipulative efficacy: manipulation-based therapy is at least as good as and, in some cases, better than other therapeusis.” – Haas et al (2005), Journal of Manipulative and Physiological Therapeutics

back pain due to bulged disc? 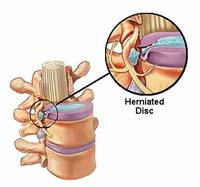 back pain
A bulging disc is another name for a herniated disc This means that the inner nucleus of the disc (nucleus pulposus) is pressing against the outer disk wall (annulus fibrosus), causing it to bulge outwards. The disc still maintains the integrity of the outer wall. The wall has bulged outwards in a pocket, but has not ruptured, nor leaked any nucleus material.
This condition is sometimes accompanied with significant back pains, because the bulging disc can start to press on the nerves of the spine. Chiropractic can take care misalignments by manipulation and take crae bulged disks by TRACTION.
“Chiropractic patients were found to be more satisfied with their back pcare providers after four weeks of treatment than were medical patients. Results from observational studies suggested that back pain patients are more satisfied with chiropractic care than with medical care. Additionally, studies conclude that patients are more satisfied with chiropractic care than they were with physical therapy after six weeks.”

The Chiropractic Approach Chiropractic care takes a conservative approach to lower back pain and potential disk problems – with the goal to help restore better motion and alignment in the spine without surgery or medication.
Spinal manipulation is the primary form of treatment, with chiropractors performing over 90 percent of all spinal manipulative therapy in the United States, according the the American Chiropractic Association website.
Besides reducing disc bulging, spinal manipulation can improve spinal function, which helps reduce inflammation, reduce or eliminate pain and discomfort, and begin the process of healing the surrounding soft tissues

“While sitting, the pelvis rotates backwardly, and lumbar lordosis is flattened. At the same time, the load on the intervertebral discs and spine increases,” explain the authors of a new study. “Sitting in a slumped position is known to increase disc pressure even more, and to aggravate chronic low back pain (CLBP). Therefore, it is very important to teach workers about the correct sitting posture. In addition, it has been recognized that co-contraction of the deep spine-stabilizing muscles enhances lumbar segmental stability and the sacro-iliac joint. However, little is known about the influence of co-contraction of the trunk deep muscles on spinal curvature during sitting for while doing desk work.”

The study’s authors found that “the co-contraction of the trunk muscles resulted in significantly less lumbar curvature and more sacral angle than during slump sitting. The thoracic curvature showed no significant change during either sitting posture. The results of this study indicated that co-contraction of the trunk muscles during sitting while doing desk work could bring about the correct lumbar curvature, and effectively stabilize the lumbopelvic region, and decrease focal stress on passive structures.”